Thankfully not literally.  We managed to find the incoming water pipe, right about where we figured it would be, except for one major difference.  It was a mere few centimetres below the concrete instead of being under about 45cm of sand.  We were happily jack-hammering and shovelling right beside a pressurized, plastic pipe that would have burst spraying water everywhere had we nicked it.  Yikes! 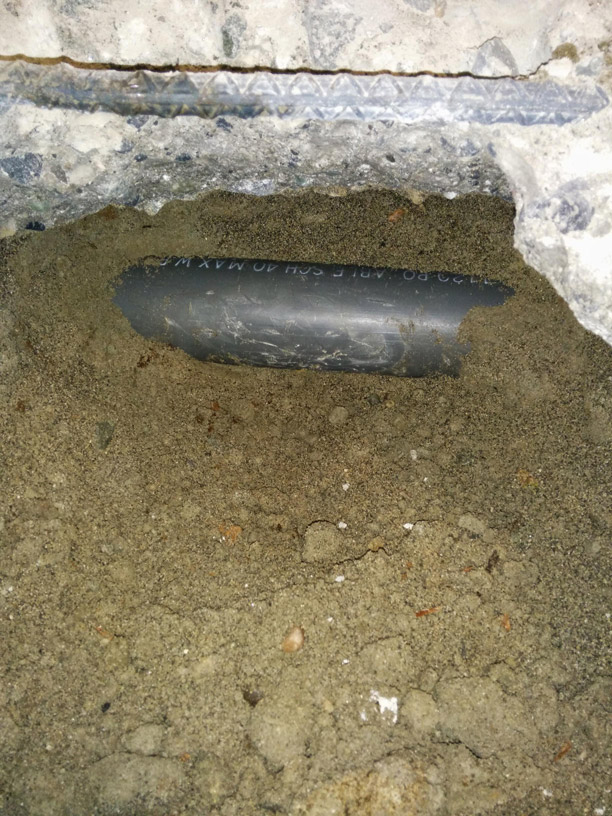 Next up, finding the drain pipe under the floor. At least this time we could use some expert technology to look, instead of blindly guessing. As a bonus we get to use yet another fantastically named tool. SeeSnake! 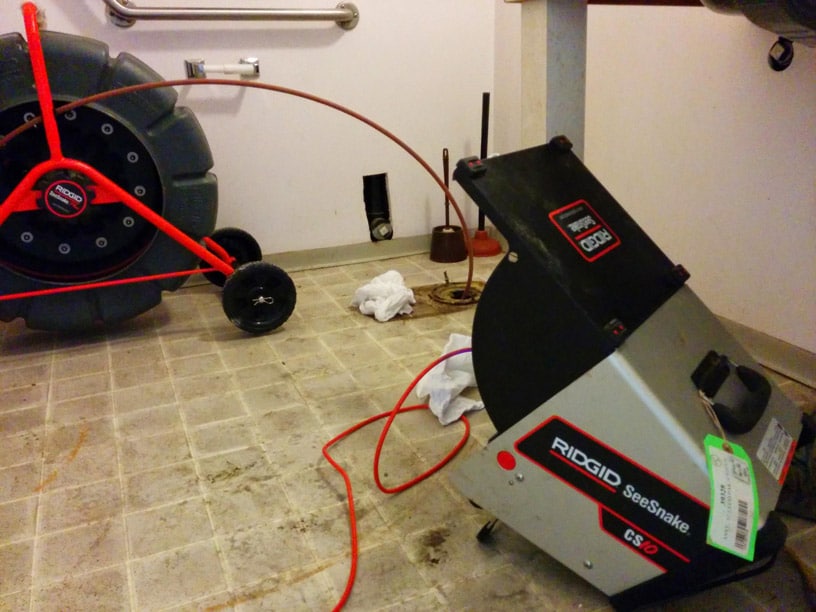 What do you suppose we saw with that snake? 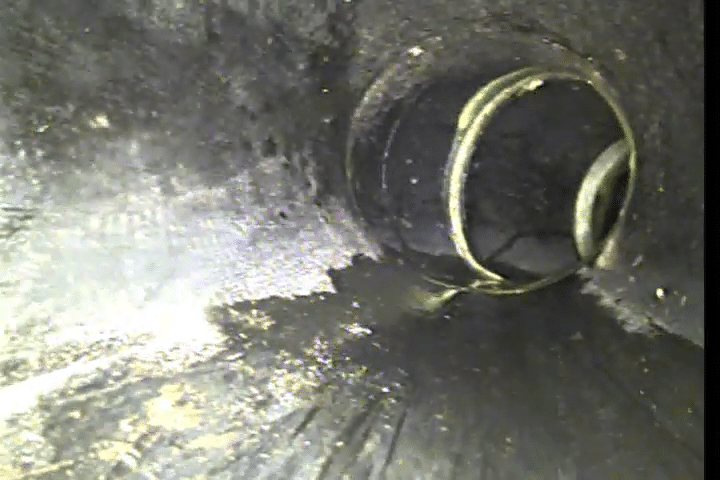 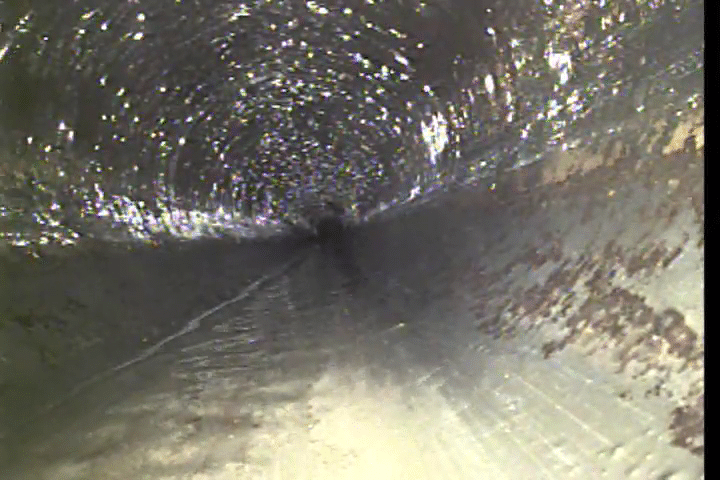 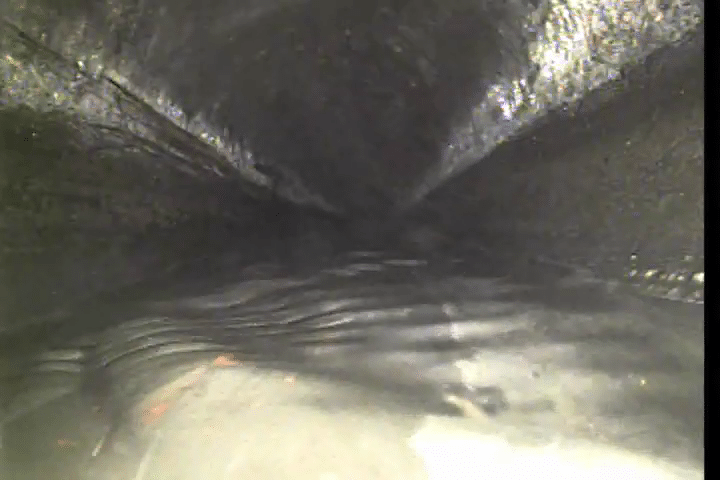 Yup. A pipe. Of course, what we really need to know is where is it and how deep is it? That’s when the cool high-tech part of the SeeSnake shines. The above-ground gizmo finds the below-ground doo-hickey and then you know where the pipe is. Magic! 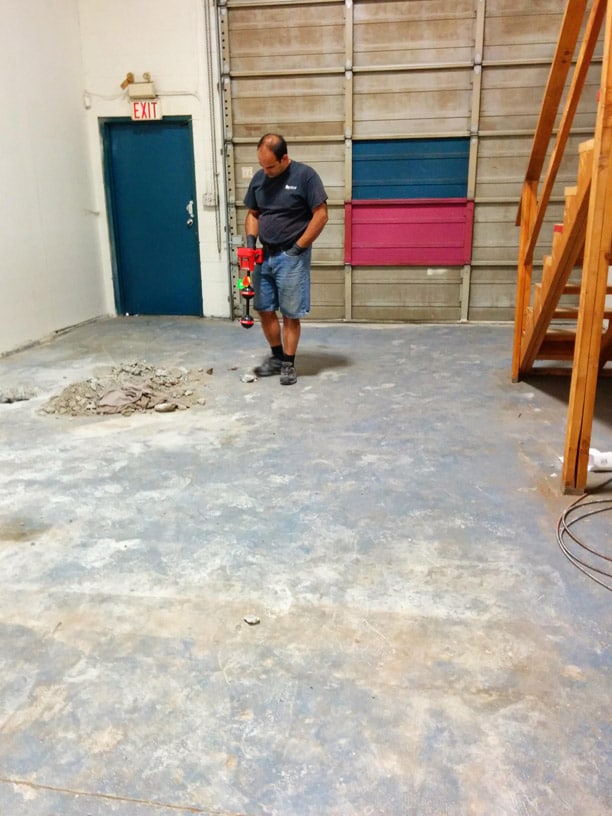 The arrow marks the spot where the drain pipe should be. Time for some more digging. 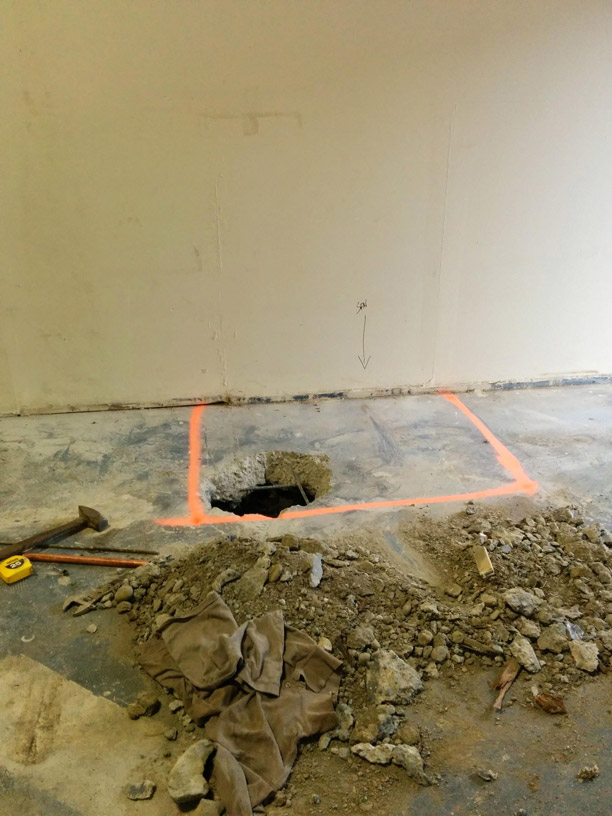 And there it is. So now with all our mysteries solved we can begin the real construction. 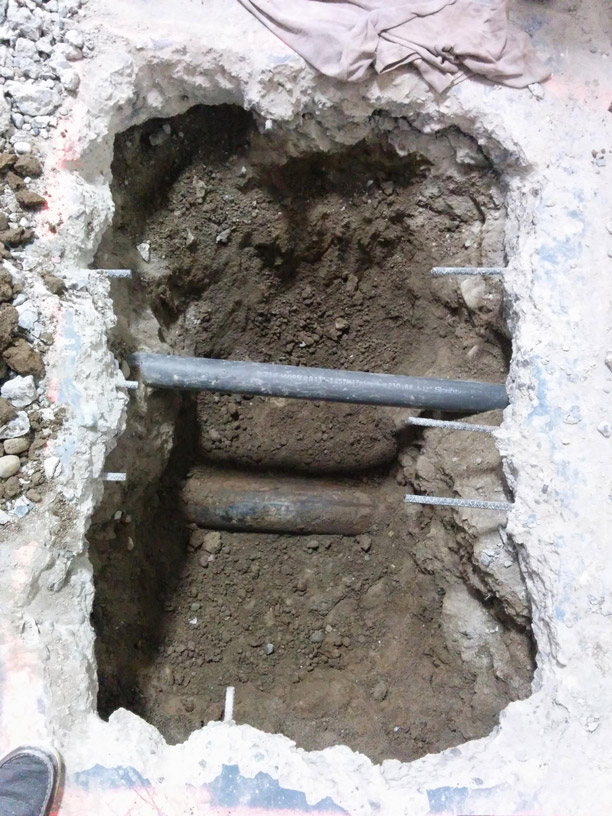